"Dollar for Word, Screenwriting is By Far the Best Paid Writing Work.

"Plus You Might Get To Hang Out With Movie Stars!"

The average 90-minute film screenplay is less than 12,000 words long,
while the average payment for a movie script is AT LEAST
five hundred-thousand dollars. That's over $40 PER WORD!

A message from Rob Parnell, your tutor for this course.

This new course is based on my real world experience of dealing with the modern film business. During just the last seven years, I have written and sold THREE movie scripts to Hollywood-based production companies, working from home, without a literary agent!

And I sincerely believe you can do the same, if you follow the simple advice in this course.

This unique course takes you from acquiring the correct screenwriter's mindset, through idea creation, to the mechanics of easily creating screenplays for Hollywood - or indeed any film production company - even those in your local area.

The fact is Hollywood scours the globe looking for stories - and every production company in the world has a hotline to Hollywood because that's where the money and the stars come from. Most people do not realize that you do not have to live in Hollywood to get your screenplay accepted and made. Far from it!

Learn how the film business works and profit from it. Big time.

This course is perfect if you have no experience and you need to know what to do when you have an idea for a movie.

It shows you the exact process you should consider to best realize your dream.

* What you need to take along - and what to say.

* How to write the screenplay yourself, if that's what you want to do.

In this course you'll learn much about how the modern movie business works - so you'll know what to expect.

Now, it could be that certain movie insiders would prefer you didn’t take this course - because it tells you the truth about the movie-making system. You'll discover how films are made, how the money is raised for them, and where writers sit in the hierarchy of film-making - letting you know what to expect and how to use the system to your advantage.

The fact is, experienced writers know that writing screenplays is something you should only get paid to do, even though many newbies feel that it's perhaps okay to work for nothing - at least at first.

This course shows you that this is simply not the case: in order to be taken seriously by the film business, you should act like a professional at all times - and I'll show you how.

Because smart writers know how to use the system. This course shows you how to pitch your movie idea - and who to. Then we move on to creating useful short synopses and movie treatments, all the way up to creating and writing a stunning screenplay (after being paid an advance of course!)

"This book is based on my work in the film industry over the last seven years. It’s based on fact - and the way the system works. Before I started I knew nothing about the movie-making business. I thought it would be easy - and actually I was surprised that it was - just not in the way I was expecting!

"After just a couple of months I had three film producers calling me regularly, two movies optioned - one in Hollywood; I had several ideas in development and was being asked to rewrite and develop other people's screenplays left, right, and center. I'd also been paid more money than I knew what to do with. To be honest I don't think it's because I'm super talented - it's just that I used the right strategy - and didn't waste time writing scripts before I had any interest in my movie ideas - or before I got paid!

"Now, the average writer's advance for a movie script is $300,000 to $500,000. Yes, that's half a million dollars. For just one script. And getting a Hollywood film deal is far easier than you would imagine. I know - I did it myself!

"I invite you now to take my course and see if you too can create a splash in the film industry - the easy way."

Here's a quick overview of the contents of this screenwriting course:

Module One: Getting the Screenwriter's Mindset.

Module Seven: Getting Your Script Out There

This brand new resource takes you all the way through the process of writing and submitting and selling your movie ideas and screenplays. It contains all the information you will ever need to achieve success in making movies and working with Hollywood.

Get in the know - beat the system at its own game - and become a highly paid screenwriter! 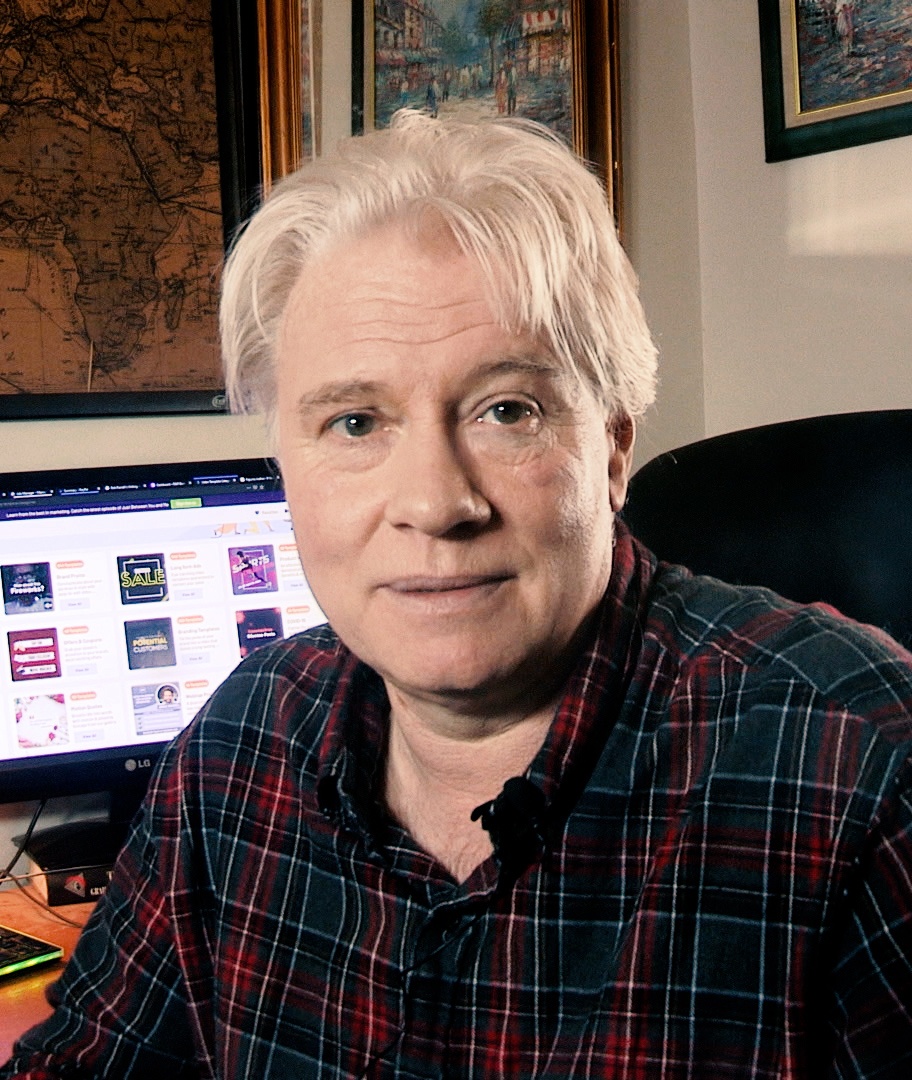 Rob Parnell has been teaching online since 2002, specifically helping writers earn money from their passion. He is the proud founder of The Writing Academy, an online school dedicated to student success and authorial excellence.Rob has published over thirty number-one best-selling books on genre fiction authorship, freelance writing, motivation, productivity; getting rich, staying thin and healthy. When it comes to making a living from writing, composing music, and creating film projects, Rob is a man who knows what he's talking about! You'll enjoy his down-to-earth style and the feeling Rob somehow knows you like a friend! Rob has been writing since he was five years old. He writes every day without fail - it's a compulsion. His preferred genre is the thriller - sometimes with a supernatural edge - in which he writes short stories, novels, screenplays, and adult thrillers - including his Purge detective novels and the popular Sherlock Holmes: Zombie Slayer series. Also a musician and composer, an accomplished singer, media producer and budding movie maker, Rob is ecstatically happy to be married to Robyn Opie Parnell, his savior, and the popular best-selling children's author.They live miles from anywhere in their beautiful country farmhouse, its eleven acres tucked within inches of the stunning Flinders Ranges, with their beloved pets, Wally the dog and the cats: Jessie, and Iggy (because he's The Wild One.)

I did Rob's screenplay course to much satisfaction. Especially the film scripts listed. As I am trying to write my own screenplay it was interesting to see h...

I did Rob's screenplay course to much satisfaction. Especially the film scripts listed. As I am trying to write my own screenplay it was interesting to see how the experts went about it. I will continue sorting out my mistakes and hopefully complete a good script in my project. I can recommend this course to any scriptwriters who want to succeed.

I enjoyed the course and it will give me another avenue to explore along with my writing books and articles.

I enjoyed the course and it will give me another avenue to explore along with my writing books and articles.

Thank you so much Rob for the gift of your guidance regarding Screenplay Writing. It was certainly helpful to have greater clarity in knowing exactly how to ...

Thank you so much Rob for the gift of your guidance regarding Screenplay Writing. It was certainly helpful to have greater clarity in knowing exactly how to present a screenplay script. Without your experience and expert guidance I would have wasted hours (perhaps even months) in preparing my first screenplay. Thank you again for sharing your knowledge. Lynette Asmar

The course got straight to the point with actionable info. and useful strategies for writers esp. those who may have a tendency to procrastinate at times.

The course got straight to the point with actionable info. and useful strategies for writers esp. those who may have a tendency to procrastinate at times.